Supporting the procurement of enriched grains to boost nutrition and health 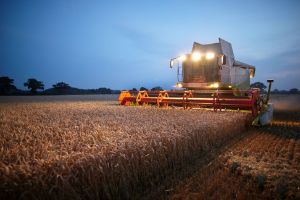 One in three people worldwide currently suffers from some type of malnutrition, according to the Global Nutrition Report from 2016[1]. With one in five deaths linked to poor diets[2], and poor-quality diets linked to 8 out of 15 factors in the global burden of disease[3], enriched grains can combat malnutrition.

The new PAS 233 standard has been introduced to help government and private sector procurement teams, as well as other organisations in the food supply chain, to feel confident when demanding and purchasing zinc enriched crops, which are proven in boosting nutrition and health especially in developing economies.

While every country is affected by malnutrition, lower income counties, such as India, Pakistan, Bangladesh, Tanzania, Kenya and Nigeria, are more at risk.

This blog explores the benefits of zinc enriched grains and the role PAS 233 plays in supporting confidence in quality and provenance for organizations involved in supply and procurement.

With two billion people around the globe not consuming enough vitamins and minerals[4], restricting the potential for healthy growth, nutrient rich crops are being used to improve nutrition and public health.

Zinc is an essential micronutrient and has several health benefits, including aiding metabolism, digestion and nerve function, and playing a crucial role in cell growth, brain development, and fighting dangerous infections[5]. It’s a particularly important micronutrient for children as it will help them to reach a healthy height and weight[6].

Zinc deficiency is a serious problem for children and adults. Nearly half (45%) of children under the age of five in Pakistan suffer from growth problems, both physically and mentally[7]. For pregnant women, the effects could be premature births, stillbirth or birth defects to the brain, spine or spinal cord.

How are crops enriched?

PAS 233 considers increasing the natural content of nutrients in a crop through selective breeding, as opposed to adding these nutrients after milling. Selective breeding has been used by farmers and agronomists for hundreds, if not thousands, of years.

The process involves studying thousands of seed varieties to identify naturally nutritious varieties. Plant breeders cross these varieties with high yielding ones in the developing economies where they’re most needed. Local farmers will then plant and harvest the highly nutritious crops.

Sustainability is also at its core with each new variety, once planted, a part of the food system that will return each year, providing a cost-effective solution for farmers. The trickle-down effect is surplus crops sold to the local communities, contributing to the improvement in nutrition and public health.

Enriched grains now reach over 60 million people across 60 countries[8], but why stop there? While aimed at supporting nutrition and public health in developing economies, it is hoped that a billion people around the world will benefit from enriched crops by 2030[9]. The technical authors from HarvestPlus and a steering group of international experts in government, plant and crop sciences, grain procurement and academics were involved in the development of PAS 233, which was facilitated by BSI.

To support procurement and trade of these enriched grains, and increase take-up, specific guidance was needed differentiating the zinc content of enriched crops versus standard crops.

Paul Nicholson, Vice President of Rice Research and Sustainability at Olam Agri, one of the world’s leading producers, processors and distributors of rice, commented, “I was really happy with the process of developing the standard as it landed on the key commercial feature which was the nutritional level being claimed for the grains.”

As Paul Nicholson puts it, “By its very nature the PAS is meant to bridge between buyers in one country and sellers in another.”

To verify the production of nutritionally superior grains, all parties in the food supply chain or associated quality and compliance agencies must consider:

By providing a common point of reference for buyers and sellers the PAS should help to increase confidence in the quality of zinc-enriched crops through the supply chain and support higher level of production, trade and consumption. Paul’s view on this was that “The clarity of this document aids contracting so you can literally take it off the shelf and drop it in a contract.”

However, in the short run at least, it could be challenging to secure sufficient quantities at the highest class. So, allowing for multiple levels of zinc could provide greater flexibility and support larger scale contracts. Paul commented, “What’s nice is that there isn’t a single threshold, so you can set a price at one threshold and discount at another if needed, according to the availability of grain at each level.”

At the same time, while the new standard helps procurement teams, it is also useful, as mentioned above, for other organisations in the food supply chain, including farmers, processors, manufacturers and retailers.

The PAS was sponsored by the Commercialization of Biofortified Crops (CBC) Programme, which is a partnership between the Global Alliance for Improved Nutrition (GAIN) and HarvestPlus, with funding from Netherlands Ministry of Foreign Affairs and German Federal Ministry for Economic Cooperation and Development. Its development was facilitated by BSI.

Get your free copy

See how we've helped our clients in the food industry

Learn more about our services for the food industry and explore our client success stories.