BS 851188, the British Standard for flood resistance products has recently been published superseding the previous publicly available specification; PAS 1188 for flood protection products. The standard was officially launched at BSI, Chiswick on 1st October and the event was well attended by a range of flood industry professionals.

The UK is a world leader in standards development and the issuance of this British Standard is an important milestone in the development of UK flood standards and a significant step for the UK based flood industry.

The ongoing development of standards is essential in the evolution of the industry and relies on manufacturers continuing to innovate and invest in producing effective flood products. It is anticipated that the British Standard will have more gravitas than it’s incumbent and will garner more interest globally allowing UK based manufacturers more opportunities to trade outside of the UK.

There have been several key changes to the standard;

Maximum leakage rates in both parts 1 and 2 remain unchanged, however there are additional test requirements which have been incorporated to ensure that the primary function of products is considered and to simulate exposure to real life conditions; 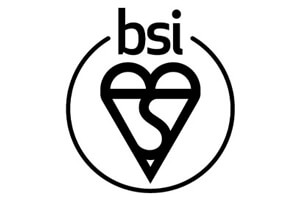 To support the industry, BSI operate a Kitemark scheme based on PAS 1188 and with the publication of BS 851188 there will be a period of transition during which time existing Kitemark certificate holders may undertake testing of their products to the new specification.

At the end of the transition period any certificate holders with products that have been not tested will have their certification withdrawn.

To find approved manufacturers and products, please visit our product directory on the link below:

Find out more about our Kitemark scheme

To get in touch or for more information, please fill out the form below and a member of our team will be in touch.

Gain access to international markets through our range of product certification services.