PPE: a year in review

2016 has been a very busy year for the BSI Personal Protective Equipment (PPE) Team where we have seen the text of the new PPE Regulation issued and started our work in preparing for it. Here are some facts as to what our team has achieved in 2016; 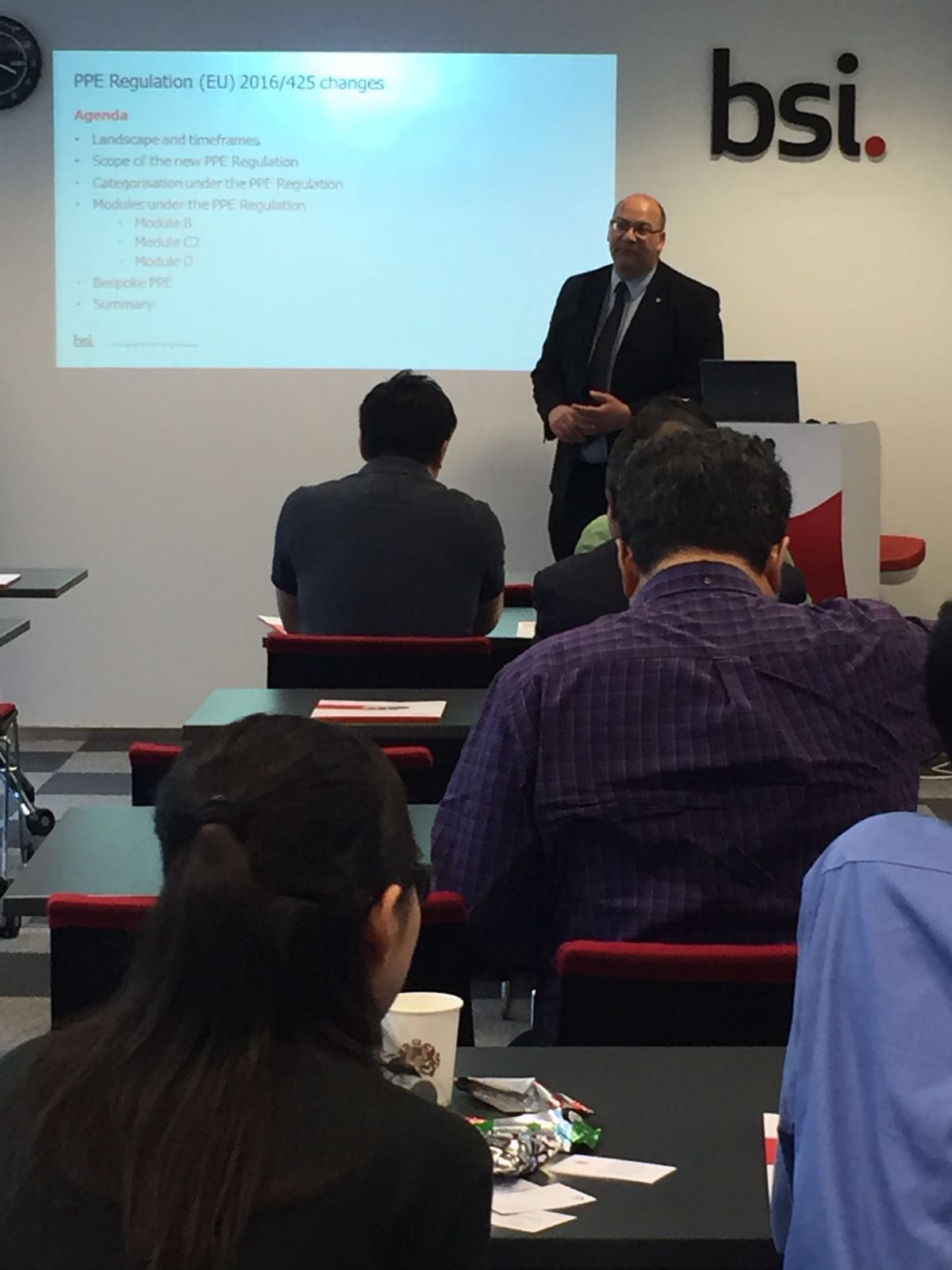 The focus in November was on PPE (EU) 2016/425 Regulation seminars and saw our first US seminar in Orlando, Florida to cover the changes. This was delivered by myself and Graham Clements, Certification Manager for PPE. We were supported by our North American Business Development Manager, Vic Lovell, who had teamed up with Jonathan Bis, Vice President of Sales in our BSI Americas Healthcare team. Jonathan complemented our PPE information with a talk on the new ISO 13485:2016 standard due to a heavy bias in healthcare manufacturers who attended. The day involved talks and discussions on the PPE changes followed by workshops to reinforce and help visualise how changes would affect delegates. Attendees were given documents that would help them through the transition as well as a new thing we are distributing which is a ‘PPE Regulation Tool Kit’.

Meanwhile on this side of the pond in the UK, Dave Tuplin, Certification Manager for PPE, and Chrishna Vaja, Sector Propositions Manager for PPE, were at the IOSH East Midlands Branch Meeting and focused on ‘Know your responsibilities under the PPE Regulation and how the BSI Kitemark can bring peace of mind’. There was 80+ attendees on the day and good feedback and questions during the session. All delegates received our PPE Regulation whitepaper on the day and were sent slides post-event. Wrapping up, November saw an open day at our Centre of Excellence in Hemel Hempstead giving customers a chance to tour our laboratories as well as hearing talks from our experts including how BSI can help companies through the product life cycle, Lean Six Sigma, the Kitemark Community as well as thorny issues such as Brexit.

With 2017 just around the corner we’ll be looking to run more seminars next year and expanding the contents to aid manufacturers with things such as Technical File workshops as well as some specific ones to help importers and distributors understand their new role and the responsibilities that go with that under the PPE Regulations. Keep a look out for more posts on our blog to hear specific PPE issues and how they will affect you during the forthcoming transition period as well as highlighting some new initiatives we’ll be launching throughout the year.

For more information about Personal Protective Equipment, please use the link below.