How will Hydrogen gas changes affect your business?

I recently had the pleasure of being invited to participate in a small technical gathering at IGEM (the Institution of Gas Engineers and Managers) where a group of people from across the gas industry discussed the technical challenges - those we know about today, anyway - of changing the composition of the gas distributed in the UK to contain a high percentage of hydrogen gas.  During the meeting, it struck me that there was probably a similar meeting that took place sometime in the 60's where a group of people like us talked about the idea of bringing "north sea gas" onshore and distributing it around the country as a replacement for the manufactured "towns gas" we had been using…  these are ideas on a huge scale.

Cut to the BSI test laboratories in Loughborough and we see gas appliance manufacturers are already thinking ahead of how such a change might impact on their designs, and many of them are commissioning the BSI testing team to find out how their appliances operate when supplied with a varying percentage of hydrogen (anywhere from 25% to 100%....).  The results have been interesting to say the least.

Hydrogen is a challenging fuel with an extremely low density (around one-tenth of natural gas) and a heat content (CV) of around one-third of natural gas.  Preventing hydrogen leaks can be difficult, especially when using designs or pipework that were intended to convey the much denser natural gas.  Hydrogen is also extremely flammable in a wide range of concentrations (it burns in concentrations from around 4% to 75%) and can have an almost invisible flame, making leaks potentially very dangerous and hard to spot.  It can also attack some metals through a process known as hydrogen embrittlement.

So what's the interest in using this difficult fuel?

The UK Climate Change Act established a target for the UK to reduce its emissions by at least 80% (from 1990 levels) by 2050 and many commentators suggest that "de-carbonising" the gas network could play a key part in this strategy.  The newspaper headlines at the time were all about switching our gas network off, but I doubt that this is a viable solution, as natural gas makes up some 35% of the UK's energy needs, and a massive 80% of our peak power consumption, so replacing that power with renewable electric heating, for example, would require huge capital investment in infrastructure to provide the extra capacity to homes and businesses around the country.

So maybe the solution could lie elsewhere?  There are already several large scale trials of "bio-gas" around the country (where gas produced by land-fill emissions is fed into our national grid), but this is not likely to provide the whole solution.  So this latest idea involves manufacturing hydrogen on a large scale and pumping it into the national gas transmission network - a compelling idea that has several advantages:

• Hydrogen can be manufactured on a large scale using off-peak electricity, thus making our electricity network operate more efficiently.  In essence, we start to think of our gas network as a huge energy-storage battery.

These are exciting changes, but there are still many hurdles to be overcome - firstly, the simple matter of the legality of adding hydrogen into our gas network, which is not currently permitted by the UK Gas Safety (Management) Regulations (they permit no more than 0.1% hydrogen to be present in our distributed gas), so a change of law would be needed.  Secondly, the absence of any technical standards for products that convey or burn hydrogen mean that every company will have to form their own view of what "safe" looks like until organisations like IGEM and BSI start to produce industry guidance in this area.

However, those of you that have seen the old black and white footage of the Hindenburg airship disaster will appreciate that there are some challenges associated with this fuel that we need to resolve­­­. 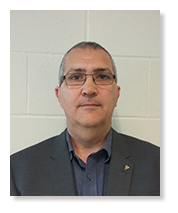 For more information about gas and electrical appliances testing and certfication., please use the link below.