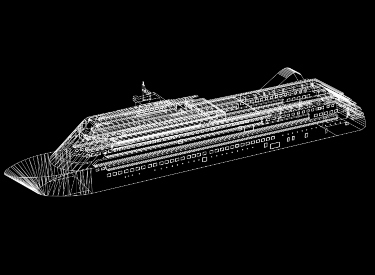 Embracing the future of "connected ships"

What’s this webinar about?

The data architecture covering the design, manufacture and build phase of ships differs considerably from that needed for the real-time data capture, analysis and operational performance optimization carried out by modern “smart” ships at sea.

This webinar looks at how database architecture and data management can be improved for a full ship lifecycle of design, manufacture, build and in-service operation, and at whether BIM is a suitable technology and methodology for the industry across all functional levels. It also looks at the role innovation can play within the future of ship design, service and operation.

What will participants gain?

As part of his role within the British Standards Institution (BSI), Chartered Architectural Technologist Dan Rossiter provides subject matter expertise, thought leadership, and sector engagement around the digital transformation of the built environment.  In addition, beyond his role at BSI, Dan has been actively supporting the construction industry locally, nationally, and internationally for several years:

All of Dan’s knowledge and expertise is applied to his award-winning blog There’s No BIM Like Home.  Where the full UK BIM Framework is used on his own mid-terrace home in South Wales; practicing what he preaches through transparency, plain language and engaging example.

Georg Piantino recently returned to YSA Design as Senior Architect, after a seven-year period during which he has been mainly practised in the land-based sector, focusing on developing a strong set of skills as lead architect and project management.

Georg brings with him an infectious enthusiasm that marked out his initial period with YSA Design between 2008 and 2011, when he developed close relationships with clients and outfitters alike, as well as honing his communications and problem-solving skills. He “never really left behind” the passion for cruise ship design during his time away, he says.

In the intervening years, however, Georg has developed a strong set of skills as a project leader with some of the largest land-based architecture firms in Scandinavia. He also re-joins having gained experience in shopping mall, apartment block, kindergarten and luxury residential design projects, and key insights into the advanced tools at architecture’s leading edge that are increasingly being deployed in ship design.

“Techniques such as Building Information Modelling have become mandatory on shore and, more and more, they are becoming part of cruise ship building. I have been immersed in using these techniques while I have been away from YSA Design,” says Georg. “Using them for ship design means that all stakeholders  – clients, outfitters, builders and designers – work in 3D from the sketch phase right through to ship delivery.”

Georg, whose father was also an architect, initially joined YSA Design after securing a Masters in Architecture from the Technical University of Graz (TU), Austria says that he is looking forward to using the insights he has gained to help drive YSA Design forward as a cruise industry innovator. “I always followed YSA Design during the intervening years and, to be honest, when the company’s senior management approached direct and asked me if I wanted to join them in their ambitious plans for the company, it was impossible to resist.”

John Martin BA. C.Eng. MRINA. is semi-retired with over 40 years of experience in applying IT technologies across all aspects of a ship lifecycle.

He is the founder and director of SAMOSC Ltd. (UK) and offers Engineering IT Consultancy services.

Previously Employed by BAE Systems he achieved the distinguished status of Engineering Fellow (one of twelve from an international population of 18,000 engineers) in recognition of his exceptional contribution to BAE Systems and the wider area of new technologies.

His progressive career specialised in the practical application of advanced IT systems and processes. He has a successful, proven, and celebrated track record of proposing, selecting, implementing and managing new information technologies, working methods and processes to improve design, build and operation of complex ships and submarines.

After qualifying with a BEng (Hons) degree in Yacht and Powercraft Design, Jonathan worked for the Defence Evaluation Research Agency (DERA) and later QinetiQ. In this role he worked with both experimental hydrodynamics and Computational Fluid Dynamics on projects ranging from CFD application and validation and consultancy to scale model and towing tank testing. He did this on a wide range of vessels from IACC 72 yachts to submarines and large civil and military vessels. Following this Jonathan joined Warsash Maritime Academy, teaching naval architecture and ship stability on the navigation and engineering programmes to cadets and senior officers in the Merchant Navy. In 2014, Jonathan co-authored 'Reeds Volume 13: Ship Stability, Powering and Resistance', part of the renowned Reeds Marine Engineering and Technology Series used by marine engineer students globally as core texts. Jonathan is now the Head of Engineering at Solent University, where he oversees a range of courses and works on elements of ship simulation and digital twinning with the University's Warsash Maritime School.

Matthew began his early career as a trainee Quantity Surveyor specialising in Power Generation, ME Systems, Civil Engineering and Marine projects. He undertook his further studies in Architectural design, achieving a highly commended first-class honours degree before working across the USA and London. Matthew is now the founding Director of Fraiserline Architecture, a multi-disciplinary consultancy within the Passenger Marine, DFMA and Hospitality sectors. Matthew also co-founded Paromat, a start-up to offer innovative IoT and data-capture solutions to passenger vessels.

In 2016, Matthew proudly collaborated with the project team for the new HMS Queen Elizabeth Aircraft Carrier, the largest and grandest warship ever commissioned by the Royal Navy, by co-delivering innovative proposals for a Royal Wardroom and Admirals Dining Quarters. The installation was then executed and completed in late 2017.