As a result of a rapid influx of migrants within Europe over the past two years, the European Union (EU) member states have taken extraordinary measures, including imposing new border controls throughout the region. 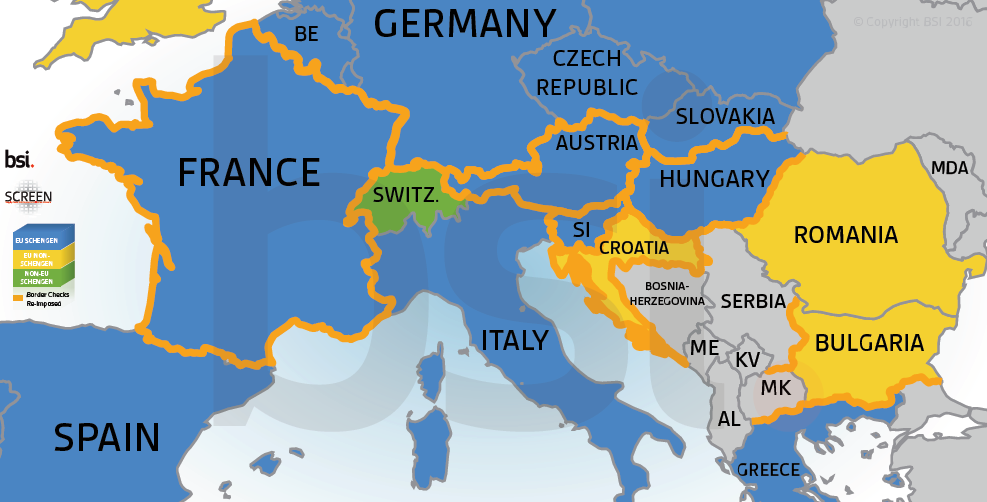 See more on page 4 of the European Migrant Crisis report

These measures have seriously hampered the free movement of cargo in many areas of the continent, leading to significant delays and added costs to cross-border shipments. Stowaway attempts into cargo trucks also often lead to costly losses of goods and expose companies to expensive fines.

This BSI special report provides an overview of the cargo disruption threats posed by the crisis to date, highlights current geographic flashpoints for stowaway attempts, and considers the implications of the major initiatives currently under consideration to address the crisis. Recent inflows of refugees to Europe have occurred at a massive scale, resulting in the largest migrant crisis since World War II. Conflicts in the Middle East, North Africa, and Central Asia, which have driven much of the recent migration, show little sign of subsiding in the very near term, suggesting that the crisis will likely continue to pose a significant threat to the supply chain for the foreseeable future.

View a copy of the European Migrant Crisis report >

Get the latest commentary, opinions and news about global supply chain risks.

Featuring a wide range of events and webinars so you can keep up to date with the latest trends and development in supply chain risk.

Download brochures and datasheets to learn more about how BSI Supply Chain Services and Solutions can support your organization.