Gain market access in Canada with CMDR and ISO 13485 approval

This certificate can only be issued by a MDSAP Auditing Organization such as BSI.

Class II devices require the manufacturer’s declaration of device safety and effectiveness, whereas Class III and IV devices present a greater potential risk and are subject to in-depth scrutiny.  A guidance document for device classification is published by Health Canada.

Canadian classes of medical devices normally correspond to the European Council Directive 93/42/EEC (MDD) devices, there may be exceptions:

The Canadian Medical Device Conformity Assessment Scheme (CMDCAS) under which the past ISO 13485 certificates were issued has been replaced by the Medical Device Single Audit Program (MDSAP). Health Canada have announced MDSAP  replaced the CMDCAS system, effective January 2019. Any manufacturer wishing to sell devices into Canada will need to be certified under MDSAP. 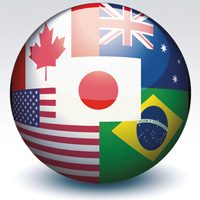 Health Canada is a participating RA, having completed the three year pilot phase of the Program, which ended in December 2016. In  December 2015, Health Canada announced that it will use only MDSAP audits, replacing CMDCAS as the mechanism to achieve regulatory compliance for quality management system requirements in Canada. Manufacturers must have transitioned to MDSAP by January 2019.

MDSAP audits are conducted by recognized Auditing Organizations (AOs); BSI is a recognized AO and participated in the Program's pilot phase.

What is BSI's role in market access in Canada?

We audit medical device companies worldwide to ensure proper registration, quality system compliance and distribution. Navigating the regulatory processes for medical devices can be a challenge, and we can support you as you understand the regulations and get compliant, allowing you to make an impact in the marketplace.

BSI is a recognized Auditing Organization (AO), so can continue to support your market access requirements throughout the transition to MDSAP and beyond.

Our core competencies and unique skills are calibrated to handle our customer’s extensive portfolio of medical technologies which include:

Whether you're starting the certification process, looking to transfer or just need to discuss options for your business, contact our expert team who will guide you through the process.