Why we’ve reinvented the standard on processing alarm signals 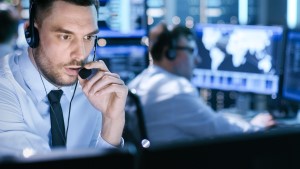 BS 9518:2021 is a new standard recommending alarm handling procedures to alarm receiving centres. However, at the same time, this new code of practice revises a previous standard. This blog post explains this paradox and why it’s arisen.

It’s a bit of a conundrum to say that BS 9518:2021 Processing of alarm signals by an alarm receiving centre. Code of practice is a new standard that’s also the revision of an old standard. In fact it’s a rebrand of an old standard. What’s happened is that BS 8591:2014 Remote centres receiving signals from alarm systems. Code of practice on the planning, construction and facilities of centres, has been superseded by a European standard, BS EN 50518:2019 Monitoring and Alarm Receiving Centre. This provides guidance on the planning, construction, systems, management processes, leadership, governance, management and staffing of an alarm receiving centre. Because their scopes overlapped (in standards’ language: “conflicted”) the British Standard had to be withdrawn as per the rules of international standardization.

However, there were requirements in BS 8591 that are not included in BS EN 50518. The UK security sector found these to be useful and didn’t want to lose them. This necessitated the creation of a new standard in the form of BS 9518. This doesn’t conflict with BS EN 50518, but rather it complements the European standard.

In addition, the creation of BS 9518:2021 has also provided an opportunity to consolidate other content about and for ARCs that was scattered around in some other British Standards. As these standards come up for revision, that content is being removed. Meanwhile, that same content now appears in BS 9518:2021. The standards in question are:

The first two of these have already been revised and published, with work already underway on revising BS 8484.

So what exactly does the new BS 9518:2021 cover? It exists because some businesses and residential premises install an alarm system that requires continuously manned remote monitoring. This is done by alarm receiving centres (ARCs). The standard covers the alarm handling procedures for ARCs receiving signals from alarm systems, such as, but not limited to: fire detection and fire alarm systems, fixed firefighting systems, intrusion and holdup alarm systems (I&HAS), social alarm systems, video surveillance systems (VSS), lone worker devices and combinations of such systems. It consists of recommendations and guidelines that cover the key considerations for ARCs. These include general recommendations on factors such as working environment, response agreement, confidentiality and how to conduct alarm system testing as well as setting and unsetting of alarms.

The standard then splits into sections that are dedicated to: I&HAS, fire alarm systems, social alarm systems, VSS monitoring, and signals from lone worker systems. It concludes with annexes offering a representation of the typical relationship and lines of communication between stakeholders in alarm monitoring and response, and filtering actions for fire alarm systems.

Why you should use the new standard

A key reason for using the standard is that it can help ARCs identify and reduce the number of “false” calls that are passed on to the police. This is important because after three false alarms the home or business owner will need to go through several processes in order to get their police response reinstated.

In addition, it’s likely that ARC compliance with and certification to the standard will be a condition of eligibility for receiving a police response, as was the case with its predecessor BS 8591:2014.

Another good reason for using the standard is that it now, more conveniently, gathers all the recommendations and guidance that is directed at ARCs into one place. So they no longer need to purchase and update several standards.

Adoption of the standard can also bring its own intrinsic rewards. It can help to improve the efficiency of ARCs and help them manage risk better, plus ARCs can cite their use of the standard to increase confidence in the quality of what they do, which in the security sector is critical to doing good business. All told then, BS 9518 should be a useful addition to the portfolio of security standards.