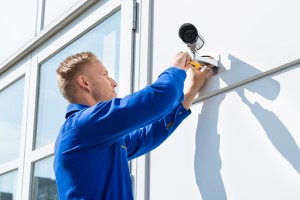 BS 8418 was originally conceived as the “go-to” standard for VSS companies, where they’d get all they needed to design, install and operate detection-activated VSS. Now in its fifth edition, the latest revisions have brought the standard closer to that vision. This blog post looks at the changes and the thinking behind them.

Such systems are also known as CCTV systems and are intended to elicit a response to a confirmed incident from the police or other responding authority. The purpose of the standard is that it should help VSS companies to ensure that the integrity and effectiveness of their systems is not compromised.

Now we have the 2021 revision that for the first time allows for a multi-tiered approach to installing and monitoring systems to accommodate differing levels of risk. The base level meets the current Certification Bodies’ codes of practice for VSS systems, while the higher, more technical level addresses higher security risk systems. This change provides for a wider scope of systems to fall within the BS 8418 standard and therefore be eligible for a police response via the URN system. The tiered approach will also work better in regards to risk management of such systems.

The revision also provided an opportunity to move the RVRC (Remote Video Response Centre) operational performance requirements from BS 8243 and BS 8591 to the new BS 9518:2021, which also caters for monitoring services often provided across a platform of security services within the RVRC/ARC (Alarm Receiving Centre) environment.

In addition, technological changes happen fast in the VSS market and the previous edition was thought to restrict the use of innovative solutions. The 2021 review has ensured that the standard’s content focuses on performance outcomes rather than products.

Finally, in light of the current cyber security/connected product environment, it’s vital that such security requirements are now reflected in relevant standards and this revision provided an opportunity to raise awareness and set base line requirements for such security systems. Privacy and data protection regulation has also changed since the previous edition was published.

In today’s world, demand on police resources is increasing. This in turn is putting pressure on the VSS industry to continue to find ways to minimize the number of false alarms passed to the emergency services.

With that background, and in consultation with the National Police Chief’s Council Security Systems Group (NPCC SSG) we’ve taken the opportunity to revise BS 8418 so that more VSS fall within its scope, while still maintaining the level of quality currently reached by approved VSS installation and maintenance practitioners. BS 8418 will therefore remain a requirement of the NPCC SSG policy for VSS systems requiring a police response.

The previous editions of BS 8418 didn’t achieve the objective of becoming the core requirement for remote detector activated VSS. In revising it to allow a multi-tier approach to installing and monitoring systems, the hope is that it’s much more likely to become the core requirement now.