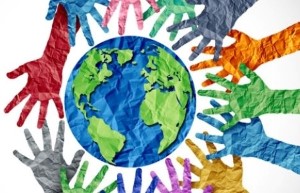 A significant moment in the global race towards net zero has taken place with the signing of the London Declaration at the 75th Anniversary of ISO week, hosted by BSI, the UK’s National Standard’s Body. The development of the Declaration was led by BSI with the intention of embedding sustainability in all standards. The move commits all ISO members, stakeholders and partners to accelerating the achievement of the goals laid out in the Paris Agreement, which include reaching net zero by 2050 and keeping the rise in mean global temperature well below 2°C, or preferably 1.5°C.

But what exactly does the London Declaration mean in practice? How will it support international efforts to mitigate climate change? And why is it so vital?

The future has begun

To frame the London Declaration and its purpose, it is important to give some context. With every passing day, the challenges faced by the global community to protect the future of our planet become harder to surmount. Recent research from CNN shows that fewer than one in four of the world’s largest companies are on course to meet basic climate change objectives, while Europe looks set to miss its 2030 goal for cutting emissions by a full 21 years.

And when it comes to climate change, there is no time to waste. A report published on the 9th August 2021 by the UN Intergovernmental Panel on Climate Change (IPCC) predicts that the global limit of 1.5°C will be reached by 2040 or sooner unless emissions are slashed in the next few years. Flooding, extreme fire weather, droughts, rising sea levels and loss of sea ice are expected to be just some of the consequences.

Fittingly, ISO Week 2021 (which culminated with the formal signing of the London Declaration) was set around the theme: the future has begun.

“The situation is very serious,” said David Fatscher, Head of Sector Environment, Social and Governance Standards at BSI. “But it’s also crucial to avoid fatalism. Governments, organisations and businesses of all sizes still have the power to halt and reverse climate change and the London Declaration has been created to help them do just that. This is a big step in the right direction.”

How the London Declaration will help to cut emissions

In simple terms, the London Declaration is a commitment to actively factor climate science into the development of standards. It is also a pledge to involve those who are most vulnerable to climate change in the standard development process.

In the wake of the Declaration, an action plan will be published to determine how this can be put into practice for all new standards, as well as for all revisions that are made to existing standards. BSI is fully committed to ensuring that all of the 40,000 standards in its national portfolio are amended accordingly. Whether you’re looking for a best-practice consensus on digital transformation, workplace safety, employee wellbeing or anything else, BSI will assess, understand and address the climate impact of that standard.

“For more than a century, BSI has been helping organisations turn best practice into habits of excellence,” said BSI Director of Sectors, Anne Hayes. “Our voluntary standards take a consensus view to establish ‘what good looks like’ in any given field - and that’s really important because every field has a role to play in achieving net zero. That’s why the Declaration will make sure climate science is addressed throughout all international standards and publications, whatever their aims.”

“Success will require collaboration, a focus on hard science and the inclusion of the climate vulnerable – all of which will feedback into our standards to help governments and industry accelerate their transition towards net zero.”

What we are aiming to achieve

Both BSI and ISO have been developing standards to mitigate the impact of climate change for a number of years. For example, the Energy Smart Appliances Standards (ESAs) are helping make the supply of renewable energy more responsive to electricity demand. Additionally, a standardization programme for the UK-government backed Faraday Battery Challenge is making the battery research, production and recycling sectors more effective and environmentally focussed.

While these initiatives have been a great success, there is a need to emphasise net zero objectives across a much broader range of sectors and disciplines.

“The London Declaration will bring the entire ISO community together, helping to unite a vast number of organisations from around the world to find a faster, more effective route to sustainability,” said Sebastiaan Van Dort, Associate Director Energy and Sustainability at BSI. “British and ISO standards will deliver concrete guidance with inbuilt climate action that can make a real difference. Ultimately, we believe that this will help to achieve the objectives set out in the Paris Agreement."

Learn more about the London Declaration

Where are you on your sustainability journey?

Explore key topics using our sustainability evaluator and discover the next steps your organization can take to build a more sustainable and resilient future.