There are many reasons countries around the world have pledged to switch to low-carbon energy. Read the highlights from BSI’s on-demand Energy Talks webinar, where BSI’s Sebastian Van Dort explores the key enablers required for a fully flexible UK grid by 2030 with John Parsons BEAMA's Director Digital. 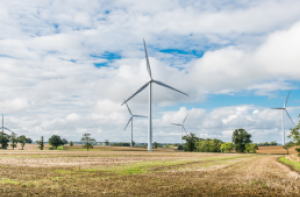 Several factors, chief among them climate change, have prompted countries around the world to pledge to switch to low-carbon energy. According to the International Renewable Energy Agency (IRENA), at least USD 95 trillion of energy investments are planned worldwide before 2050.

As these significant shifts gather momentum, BSI’s on-demand Energy Talks webinar series draws upon the expertise of industry leaders, to discuss emerging areas which can help the UK meet its climate change targets and net-zero commitment.

Why switch to a low-carbon grid?

The four key driving forces behind the shift to low-carbon energy generation are:

As a result, we’ve witnessed a new generation of businesses coming to the fore that aim to profit from what’s being dubbed an ‘energy revolution’. Their shared trait? Flexibility.

Low-carbon businesses are not defined by whether they are private or publicly owned, their business models are flexible so they can pivot to meet evolving customer needs.

Competition amongst these businesses is set to result in cheaper, more efficient energy that’s driven by sustainable profitability, all while creating increased value for consumers.

The role of international standardization

In their discussion, John highlighted two areas in which standards can support governments and businesses to embrace a fully flexible grid.

Firstly, standardization aids in spreading best practice. It ensures that all the different stakeholders working on a certain product (such as wind turbines, for example) are connected, and, most importantly, tied into the wider network of international standards.

If UK businesses want to export their products, standards must be considered from an early stage to ensure they are viable for the global market.

Secondly, standards are an important consideration for interoperability. As flexible, agile, energy businesses establish themselves, it’s vital they can operate with each other. Therefore, if a consumer decides to switch provider, or wants to change their energy system, standards can make this process much easier.

That’s why coordination between different factions is of vital importance. For example, BSI is collaborating with The Department for Business, Energy and Industrial Strategy (BEIS) and The Office for Low Emission Vehicles (OLEV)  on The Energy Smart Appliances (ESA) programme. The aim being to draft a set of standards that will facilitate the uptake of safe, secure and interoperable of ESAs.

Barriers to a fully flexible grid

Sometimes, rapid innovation is a victim of its own success. John suggested taking a cautious but positive approach toward standardisation – one that facilitates, rather than blocks.

Furthermore, flexible grid construction relies heavily on the level of electricity demand, which in turn relies on the uptake of electric vehicles, energy efficiency measures and heating.

Another factor is digital transformation and Industry 4.0. It looks likely that artificial intelligence (AI) systems will run the energy networks of the future. If this is the case, it’s essential that all smart systems remain secure against cyber threats.

Are we ready for the energy revolution?

The energy industry is entering an exciting, challenging period of development. Demand for flexible and sustainable sources is now at its peak, and all national plans should be designed to align with the global energy agenda.

It’s no longer a question of if the UK will fully embrace the low-carbon economy. Rather, how efficiently we can manage the transition. Standards are set to play an important role in this vitally important change of direction.