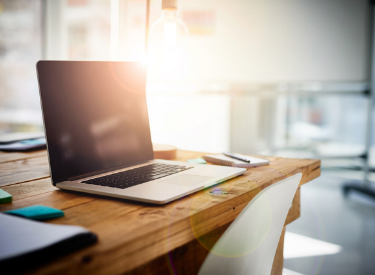 This page constitutes informative text on standards and regulation and should not be regarded as legal advice.

Should you require advice on regulatory issues, for example product marking, you may wish to approach government, a notified/approved body, or an enforcement body, like a local authority trading standards department, the Health and Safety Executive or the Office for Product Safety and Standards.

If you are looking for advice on conformity assessment, you should visit the BSI product regulation page for information on UKCA marking or the relevant BSI assurance pages.

The approach to market regulation and trade within the UK and devolution is set out in the UK Internal Market Act 2020. The Northern Ireland Protocol, agreed with the EU in 2019, makes exception for certain laws within Northern Ireland, including product regulation.

What this page covers

Products placed on the market in Great Britain (to confirm: England, Scotland and Wales, not Northern Ireland) that are covered by relevant UK product regulatory requirements need to bear the UKCA marking. The UKCA marking has replaced the CE marking for these regulations.

As an exception to the UKCA marking rules, products legitimately bearing the CE marking continue to be accepted in Great Britain until the end of 2021 (with some specific exceptions, such as 30 June 2023 for medical devices), provided neither UK nor EU legislation changes in the meantime.

Designated standards for use in Great Britain

UK product regulation permits the relevant Secretary of State to ‘designate’ standards for regulatory conformity purposes. This replaces the European Commission’s citation of harmonized European standards in the Official Journal of the European Union. Where government has designated a standard, its use confers on the product a legal advantage, usually a presumption of conformity with relevant aspects of UKCA marking regulation.

All relevant standards that were cited in the EU Official Journal for relevant regulations were designated by government on 1 January 2021. Government has published the details of designated standards through a listing on this website.

BSI provides information to government to aid in the management of the system for designating standards. For example, BSI informs government quarterly of new or revised European harmonized standards that can be considered for designation.

Users of designated standards need to understand their relationship to UK laws. New or revised standards for designation contain information about the new UK regulations for Great Britain and for Northern Ireland within the national foreword. However, this is not the case for those already designated from 1 January 2021.

The table linked below shows how text in the European foreword and annexes, or similar text, should be read by users seeking to understand how a standard relates to UK regulations, where there is no additional information in the national foreword.

Users should always check the UK government website to see if a standard is designated.

Harmonized standards for use in Northern Ireland

Harmonized European standards that are cited in the Official Journal of the European Union are used for regulatory conformity in Northern Ireland. See ‘further information’ for links to those standards.

The references in the European foreword of standards and in the Annex ZA or ZZ to EU law should be read as prior to the end of the transition period.

Relationship between EU and UK regulation

The table available through the link below show how EU legislation connects to the UK regulations that bring them into UK law where government has designated standards. UK government has amended these UK regulations to ensure that they can operate as needed, in given the different regulatory positions in the UK market. These provisions include the power for the Secretary of State to designate standards for conformity purposes. See ‘further information’ for more details about the amendments to these laws on government web pages.

BSI Kitemark™, product labelling and marking other than UKCA

The BSI Kitemark™ is a voluntary quality mark owned by BSI that can accompany certain products or services, signifying that they have been certified to particular standards. The BSI Kitemark™ is not a regulatory mark, unlike UKCA marking, which is a declaration that a product conforms to regulation. More information on the BSI Kitemark can be found here.

Beyond UKCA marking regulation, other UK legislation may require product marking and labelling, for example cosmetics labelling, CLP or WEEE requirements. Any legislation originating in the EU will have been amended as a result of the UK’s EU exit. This may impact both businesses and consumers. There may be requirements that cover the whole of the UK, Great Britain and Northern Ireland separately or the constituent nations of the UK individually.

Businesses and consumers should check the relevant parts of the government website for more information. Businesses can also contact their trade association or relevant enforcement body as appropriate. Consumers can seek advice through trusted consumer organizations.

In some instances, standards may be used to show conformity with regulations. The regulations should be clear about which standards are relevant and their role in demonstrating conformity. Government or enforcement bodies can offer more advice about compliance with regulation.