Can you spot the potential dangers in this festive scene?

This charming set-up might look cosy at first glance – but 12 potential household dangers are lurking among the festive scene.

From overloaded electric sockets to unsecure ladders, the unwitting occupants could be in for a far from happy Christmas.

But can you spot them all? 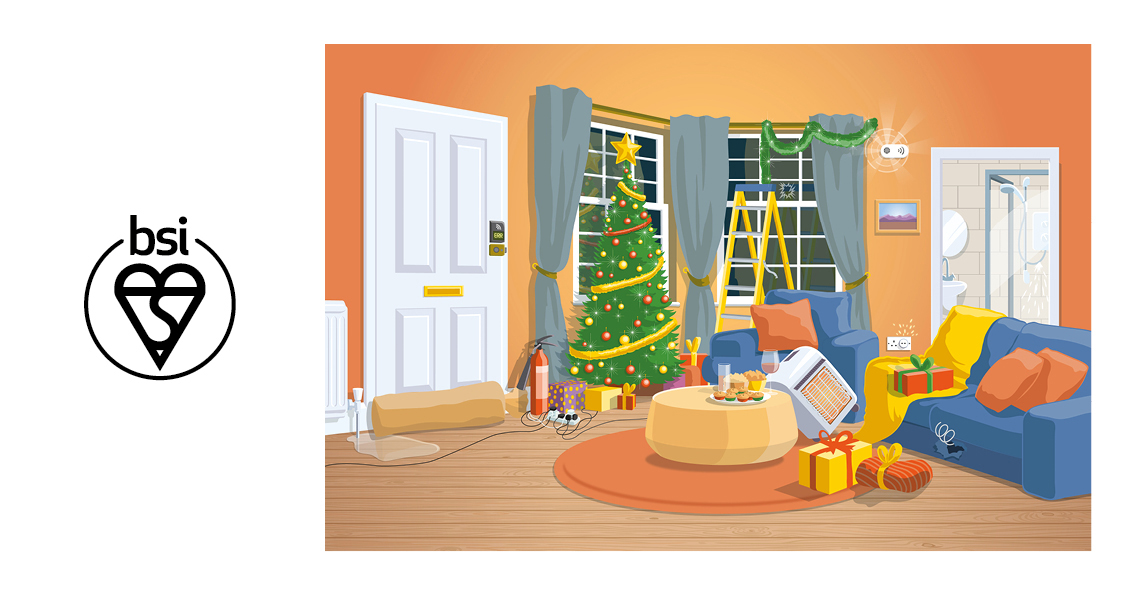 The BSI KitemarkTM can be seen on hundreds of products, including the household items hidden within this festive scene. Products that have achieved the BSI Kitemark prove that they have met the optimum standards for quality and reliability. The products that BSI offers Kitemark certification for that are concealed within this picture puzzle, include:

The puzzle was created after research commissioned by BSI, the company behind the trusted Kitemark, of 2,000 adults found more than a third admitted to being aware of faulty items that could cause danger in theirs and family members’ homes.

And 46 per cent feel there are more risks in the home during the Christmas period than usual.

This is due to more electrical items being plugged in (45 per cent), kitchen appliances being used more often (27 per cent) and having lots of toys and boxes being piled up around the house (21 per cent).

And an increase in clutter (32 per cent) and people (30 per cent) in the home also has an impact.

Graham McKay, Global Head of Electrical and Gas Products at BSI said: “The image and research prove just how many potential dangers – big and small – are in our homes every day.

“Many people are aware of such dangers but are too time strapped or lack knowledge of how to get them sorted.

“The research shows that nearly half of the respondents look for the BSI Kitemark, a mark of quality and trust to assess the safety of a product, allowing consumers to be reassured in knowing that it meets the best safety standards, reminding them that the BSI Kitemark has their back this Christmas.

“This could help reduce the amount of possible dangers and mishaps and importantly, increase trust, especially during the busy Christmas period.”

Here are the answers 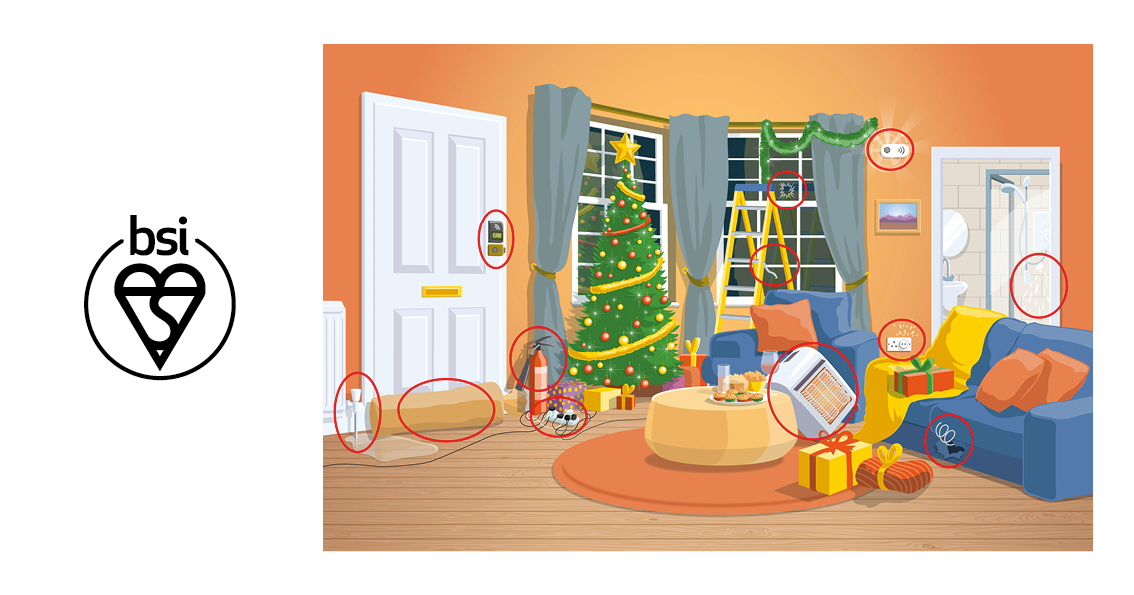 The research also found that 45 per cent are worried about the safety of family members who will be alone in their homes at Christmas. Staggeringly, an eighth of those polled have been injured in the past due to poor quality or faulty household items.

Christmas-related mishaps have included trees falling over (22 per cent) festive lights blowing the fuse (18 per cent) and food burning as a result of being left unattended (13 per cent).

General risks people have been worried about in their home range from leaky appliances or taps (19 per cent) to faulty fire or carbon monoxide alarms (18 per cent).

But more than a fifth admitted they delay fixing such issues because they don’t have time, while 15 per cent simply want to avoid the hassle.

Of those polled via OnePoll, more than a third assess the quality and safety of a product by the customer reviews, while 27 per cent like to check what country it has been manufactured in.

For further information on the BSI Kitemark, visit: https://www.bsigroup.com/en-GB/kitemark/product-testing/

Essentials to find out more about BSI's public profile.