As defences against ransomware and malware evolve, so too do the threats. One of the latest versions of ransomware to come to the fore recently is the Locky variant. Each new variant that emerges comes with it new challenges and new stealth techniques helping these strands to go undetected by traditional defensive platforms.

In today’s blog, we’ve compiled some information from our incident response consultants to keep organizations informed on this threat.

Recap: What is ransomware?

Ransomware is a type of malicious software (malware) which attempts to extort money from victims, typically by displaying an alert stating that the computer has been locked or that all files have been encrypted.  A ransom is demanded to restore access to these encrypted files, hence the moniker ‘ransomware’.

Read a full breakdown of how ransomware works in our previous blog:

It appears that Locky (so called due to the file extension *.locky that the encrypted files take on) is predominantly distributed via email within infected Microsoft Office attachments such as Word or Excel documents delivered through phishing campaigns.

Victims are hit with a message advising they have been hit with instructions on how to pay. 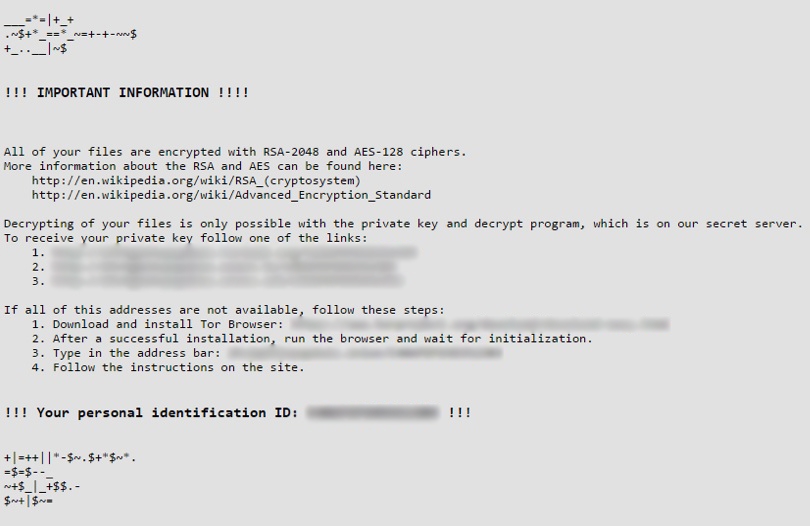 How does Locky work?

According to Palo Alto Networks, these malicious emails use the following convention for the email subject text:

With the following matching figures used for the subject text and attachment name:

These attachments are documents that contain macros which, if allowed to run, download a Bartallex installer which installs the Locky ransomware on the victim machine.

According to McAfee, the following registry keys are indicators of infection:

On execution, Locky usually copies itself into the %temp% folder with a randomly named “.exe” file:

In order for the ransomware to begin encrypting victim files, it must first communicate with a Command and Control (C&C) server. It encrypts its own communications using a specific algorithm and keys. Once it receives the public RSA key for the C&C server, it reports back a range of information to the server, including:

Communication with C&C servers is carried out over a wide range of IPs and URLs.

Locky is designed to target all accessible files on the victim’s local machine, as well as files on any attached removable and network drives. Additionally, cloud based storage such as Google Drive and Dropbox could have files encrypted and synced which may affect multiple other users’ access to those files within shared accounts.

Files are encrypted using RSA-2048 and AES-1024 algorithms and the resultant file contains a .locky extension, then displaying the message (as above) explaining how to pay to get the files decrypted.

Organizations are then faced with the much talked about dilemma: “Do we pay?”

Our advice is not to pay, but to prepare.

If you have questions about the prevention of security incidents such as malware and ransomware please feel free to get in touch.