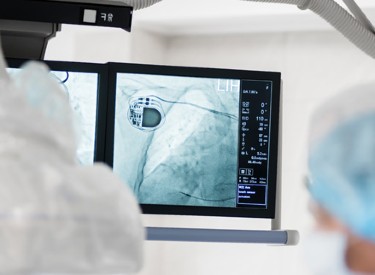 Placing your AIMD product on the market

As an AIMD manufacturer, you must ensure that your product meets the relevant regulatory requirements before being placed to the market.

It is critical to work with an EU Notified Body or UK Approved Body that understands the industry and has the experience to review and confirm your product’s readiness for market.

Notified Body - BSI The Netherlands (2797) - reviews medical devices to ensure their conformity to the European Directives and Regulations.

We truly understand the challenges medical devices manufacturers face in bringing compliant products to market efficiently and safely. We offer a range of flexible product review services providing you with efficient pathways to bring your product to market.

Learn more about how our active implantable team can support your medical device submissions and certifications.

What is an AIMD?

According to the MDR an Active Implantable Medical Device is:

AIMDs are subject to rigorous regulatory controls both pre- and post-market. The regulatory controls set out in the MDR also apply to any accessories that are used to enable the device to operate as intended, such as, battery packs, controllers, implant kits, leads, programmers, refill kits, and software applications.

Active Implantable Medical Devices and their accessories are classified as Class III and therefore subject to the most rigorous regulatory controls.

For further clarity and more detailed information on an AIMD, please reference the MDR (EU) 2017/745 for EU and Part III of The Medical Devices Regulations 2002 (as amended) for Great Britain.

Resources to support you

Why choose BSI for your product compliance to the MDR?

Used for a wide range of treatments in various specialized fields, AIMDs represent a significant and profitable segment of the healthcare industry. As a manufacturer of AIMDs, one of your biggest challenges in breaking into – or continuing your success in – this market is navigating the regulatory process efficiently.

Our AIMD specialists are not just experienced in the regulations; they are product experts who understand the specifics of these complex devices.

BSI Medical Devices is justifiably proud of its status in the industry as a full scope Notified Body, which includes AIMDs. Nowhere is this more apparent than in our level of experience; our large specialist AIMD team has 20 technical experts, six clinical experts, and eight dedicated support staff. 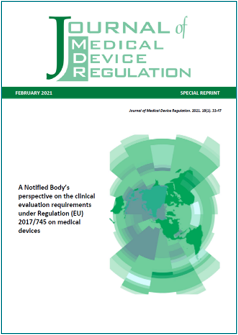 Understanding of the clinical evaluation process for medical devices against the requirements of the MDR, relevant Medical Device Coordination Group guidance documents is critical for all manufacturers.

Hear from BSI’s Richard Holborow, Head of Clinical Compliance in his recent article in the Journal of Medical Device Regulation on the requirements for clinical evaluation under the MDR from a Notified Body’s perspective and how to meet those requirements.

Strong, statistically relevant clinical data demonstrating the safety and performance of your device is essential to ensuring a successful outcome of your MDR application.

We understand that time to market is important for manufacturers, and transparency in review timelines is a key element of this. Our highly skilled clinical and technical experts perform thorough and timely conformity assessments to ensure AIMDs are safe for use. Knowing, after all, there is a patient benefitting from everything we do.

Whether you're starting the certification process, looking to transfer or just need to discuss options for your business, contact our expert team who will guide you through the process.

Stay up to date with the latest updates from BSI

Share your knowledge, challenges and news with others on LinkedIn.

Register for upcoming webinars or listen back to our on demand webinars.

Download our resources to learn more about the services we provide.