Improved adoption and use of international standards in China 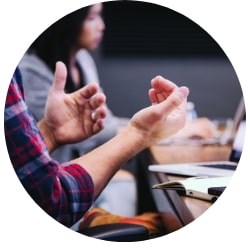 1. Enhanced technical knowledge and capacities within the Standardization Administration of China (SAC) and Technical Committees on the adoption of international standards.

2. Increased participation and understanding of industry stakeholders and policymakers on selected new international standards in China.

In China, gender equality is high in education although women are over-represented in lower-paid occupations and sectors, often working informally, and are under-represented in leadership positions. Nevertheless, according to the White Paper on Gender Equality & Women’s Development in China, women represent 25% of all entrepreneurs and their number is rising. Similarly, it has been highlighted that there are a significant number of wealthy Chinese “self-made women”.

There are many challenges to inclusion that will need to be considered, both in the pilots related to the implementation of existing standards and activities that are focused on the development of new standards.

The extent to which potentially disadvantaged or excluded groups may be affected, positively or negatively, by standards will vary according to the selected sectors. Below we provide examples of how different sectors that form part of the project may have different impacts on women and marginalized/excluded groups.

Research shows that women are often more likely to suffer from corruption. Addressing women’s needs in standards development and providing an opportunity for consultation with women and other disadvantaged groups through participation in the standards implementation phase, will help improve Governance.

The elderly are a further group that may be impacted by the Medical Devices and Building Information Modelling sector.

In terms of Food Safety, all groups are potentially less likely to have access to safe food, therefore adopting standards in this sector may contribute to improvements. Women in agriculture can benefit as users of standards and increase their economic empowerment.

Since some of the ingredients for the Cosmetics industry currently originate in the poorer regions, standards may well have direct relevance to their livelihoods of the rural poor.

Building Information Modelling and Sustainable Cities are two sectors that may have an impact on the rural migrants in urban areas, who do not enjoy the same rights as the registered urban residents. They are subjected to long working hours and poor working conditions, no or unfair contracts, no social protection, unpaid salaries, together with lack of political voice, poor housing conditions and lack of access to education for their children.

A further potential group are people living with disabilities, who may suffer from lower education, higher unemployment and lower average disposable income. This group, which is prevalent both in the urban and rural areas, may be impacted by various sectors including Building Information Modelling and Medical Devices.

Stay up to date with the latest news and updates