Technical documentation and the Built environment

Technical documentation and the Built environment 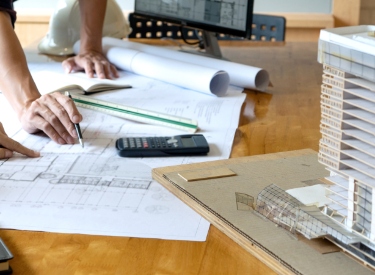 What's this webinar about?

Whilst the built environment continues to innovate and undergo digital transformation, it is vital that good practice relating to the production and control of technical documentation isn’t discarded. During this webinar Dan Rossiter FCIAT, sector lead for the built environment, will provide an overview of the key standards which inform the production and delivery of technical documentation and how these standards can support an organization in relation to quality, document, project, and information management.

What participants will gain?

Participants will discover the standards relating to the production of technical documentation, examples of how they could be implemented, as well as how conforming them can yield practical benefits.

For useful guidance and insight on the production of technical documentation, and to learn more about the standards that support this, please book your FREE place at this webinar now.

Register for the webinar

As part of his role within the British Standards Institution (BSI), Chartered Architectural Technologist Dan Rossiter provides subject matter expertise, thought leadership, and sector engagement around the digital transformation of the built environment. In addition, beyond his role at BSI, Dan has been actively supporting the construction industry locally, nationally, and internationally for several years:

Nationally, Dan supports Constructing Excellence, Generation for Change, the UK BIM Alliance, is a member of the CIAT council and several special interest groups as well as a contributor to national standards development within BSI and

Internationally, Dan is a supporter of buildingSMART International as well as a contributor to international standards development within CEN and ISO.

All of Dan’s knowledge and expertise is applied to his award-winning blog There’s No BIM Like Home. Where the full UK BIM Framework is used on his own mid-terrace home in South Wales; practicing what he preaches through transparency, plain language and engaging example.