CPIN is an independent organization, that exists to empower and protect consumers through effective consumer representation in British Standards. Established in 1951, CPIN operates with financial support from BSI and government.

CPIN is made up of 60+ trained volunteers, who are experts in consumer issues and participate in the development of standards to:

We believe that all consumers have a right to safe and accessible goods and services, clear information, fair treatment, effective systems of redress and a healthy environment. CPIN representatives use the principles described in the United Nations Guidelines for Consumer Protection (UNGCP) as the foundation of their work.

CPIN Vision
A safer, fairer and better world where standards help organizations to improve outcomes for consumers and minimize the risk of harm.

BSI publishes around 2,500 standards each year and it would be impossible for CPIN to get involved in every single one. So, resources are focused in areas where CPIN can have the greatest positive impact for consumers, based on the following priorities:

CPIN is chaired by Julie Hunter, an independent consumer consultant, who leads the CPIN Steering Group to ensure strategic oversight of CPIN’s work. 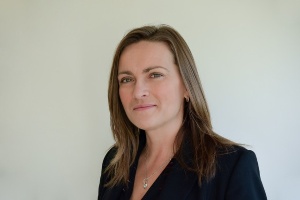 CPIN performs a vital role in empowering and protecting consumers. CPIN's experts unlock the full potential of British Standards, to improve outcomes for consumers in their interactions with organizations. By taking a strategic approach, which focuses on issues that pose the greatest risk of harm, CPIN can help to make life safer, fairer and better for everyone, particularly those who are vulnerable.

CPIN representatives sit on hundreds of standards development committees to speak up for consumers. As consumer experts they are trained to identify consumer issues in any product or service, prompting standards-makers to think about:

In standards, a consumer can be anyone who buys, uses, or may be impacted by, organizational behaviour, products and services. Customers, patients, residents, passengers and pupils are all consumers.

CPIN engages with other UK consumer organizations to inform the work of its representatives and strengthen the consumer position in standards.

It does this by:

Find out more about BSI’s Consumer Forum and how to join.

International cooperation is also important. 95% of standards published by BSI each year are European or international in scope, reflecting the global nature of consumer markets and supply chains.

International standards help to tackle cross-border issues and deliver consistent consumer protection. CPIN representatives actively participate in their development to ensure that they meet the needs of, and provide benefits for, UK consumers.

CPIN works closely with BSI’s Consumer Team to collaborate with other NSBs on international consumer issues.

How to get involved

If you would like to make a positive difference to consumers through standards, apply to become a CPIN representative. We welcome consumer champions with a wide range of knowledge, skills and experience. Full training and support will be given.